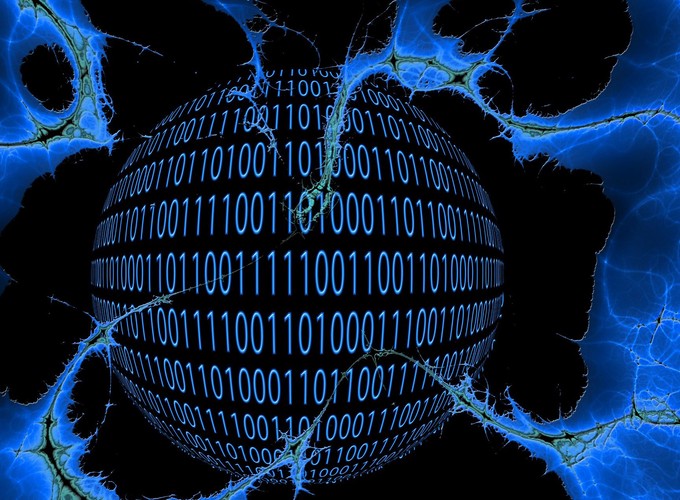 This notebook shows, how with relatively little code we can change the classification of a neural network without it being visible for humans.

also show the labels we can classify. The pretrained models can distinguish 1000 classes, we are loading two different models. One Resnet based and one different architecture VGG16.

With everything prepared, let’s now get a real image to work on

first of all, let’s try the regular classification with the loaded neural network.

The image is correctly classified as a street sign from both networks. Good, now let’s see what happens when we start changing the image.

Adding noise to the image

Both networks consolidated on the same class, but on a very low value. The same class is probably just luck or some bias in the data, but let’s see what happens now, when we combine the original image with the noise.

Now let’s add this noise to the image

The new image looks not as clear as the original image, a bit grainy like camera noise, so let’s now

Test how the classification will work on this noisy image

even though there is visible distortion applied to the image, the image is still classified as a stop sign. The model seems to be robust against distortion. Is that really the case?

The problem with the approach above to fool the classificator is, that the noise is random and therefore kind of cancels itself out to some degree.

But we can do better, we can try to modify the noise in a certain direction

If we iteratively move the input slightly in a direction where the classification is closer to a different class, we can try to force the model to make a wrong decision. For doing this we have all we need, since we know the model’s internals. We can simply use gradients for this purpose.

So let’s do the following: define a target class, compute the gradients with regard to the difference of the input image and the target (wrong) class, and then move slightly into the direction where the difference decreases.

This is a so called white box attack - since we know the parameters of the neural network.

Let’s do this for 5 iterations in small steps.

The new constructed image was only slightly changed in these iterations, so let’s look at the generated image in comparison to the original:

The images look pretty similar still, only small perturbations are visible for the human eye, so let’s also look at the difference between original and modified image:

So how does our classificator do now on this changed image?

We were able to fool the classificator to see something else, while for a human the image looks almost the same.

We knew the parameters of the network, is that a fair attack?

While it is certainly a good point against this kind of attack, often times it is indeed possible to get these parameters. But even if we don’t know the parameters, let’s try, what another classificator would say, let’s try a resnet50 classificator:

So even the deeper model is still fooled, without us having seen the weights of this model. But maybe this was because of the similar architectures?

So we can try the same again on an architecture which is different from Resnet:

In this notebook we showed how comparably easy it is to fool a neural network in a classification task. Obviously, the same approach can be used for other tasks, too.

It is also shown, that a whitebox attack might also be used as a surrogate for fooling other networks. Even networks, that are not very close from an architectural perspective.